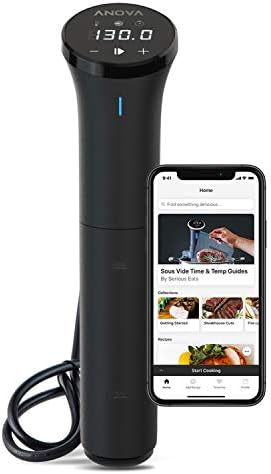 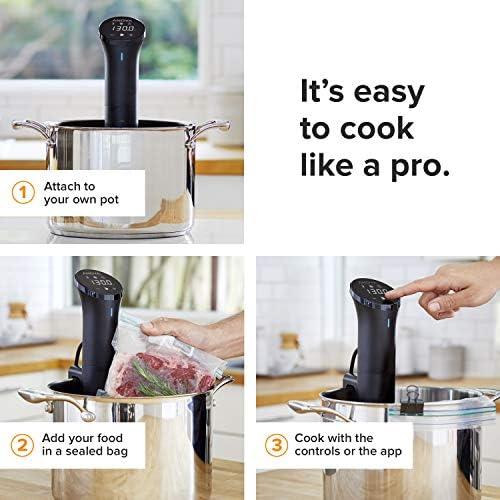 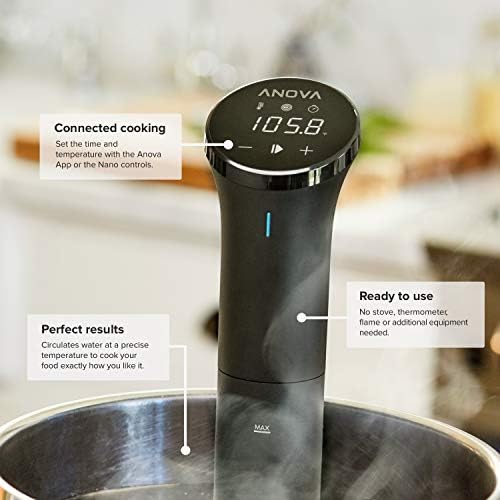 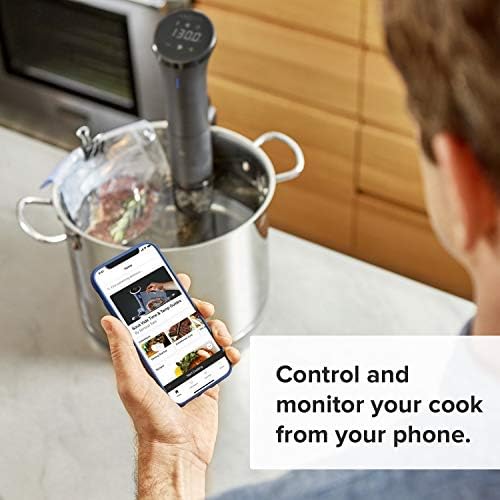 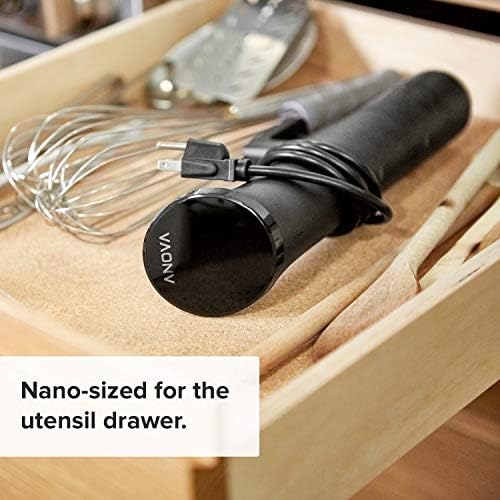 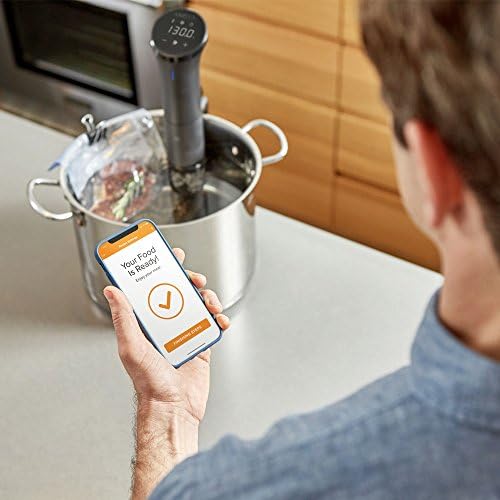 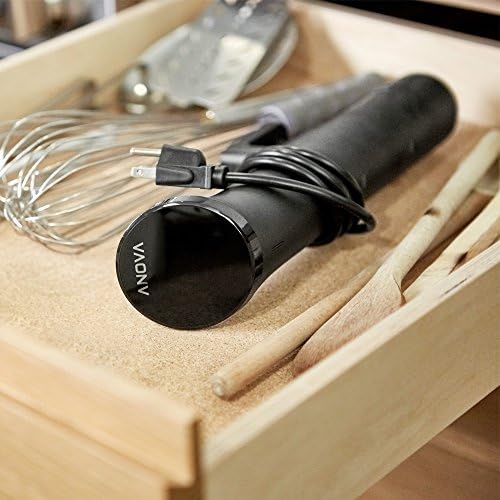 The ANOVA Precision Cooker Nano makes it easy to achieve professional-level cooking results at home. To use, simply attach the cooker to any water-filled pot, put your food in a sealable bag, and set the time and temperature. The ANOVA Precision Cooker Nano heats and circulates the water to a precise temperature, cooking food to an exact temperature which creates maximum tenderness and moisture retention (without worry of overcooking). The Anova Precision Cooker Nano connects to your phone, so you can cook amazing meals by the touch of a button – spend less time tied to the kitchen by relying on the app to notify you when your food is ready to eat. Cook Time: up to 99 hours

PERFECT RESULTS EVERY TIME: Never over or undercook your food again. The Anova Precision Cooker Nano sous vide (pronounced “sue-veed”) circulates water at the exact temperature required for perfectly cooked meals, no matter what’s on your menu. Use the Anova App to access thousands of free recipes and monitor your cook from your phone via Bluetooth.
WHAT TO COOK: Sous vide cooking s the perfect level of doneness for nearly any food of your choosing. Chicken, fish, vegetables, eggs, beef, lamb, pork and more are all ideal candidates for sous vide circulation. The ability to lock in flavor and moisture during the cooking process results in texture and taste that is second to none.
SMALL BUT MIGHTY: At almost 2 inches smaller than the original Anova Precision Cooker, Nano is small enough to fit into your kitchen drawer for quick and easy storage, but powerful enough to prepare food for a table of four. Nano easily attaches to any stock pot or container with a fixed clamp, and is constructed of super durable plastic that’s easy to clean.
EASY TO USE: Simply attach the Precision Cooker to your own pot or container, fill the pot or container with water, add your food in a sealed bag, and cook manually with the built-in controls or from your phone with the Anova App.
Customer experience: designed in San Francisco, CA. Anova delivers thousands of sous vide recipes for free in the Anova app, created for cooks of every skill level by award-winning chefs and home cooks alike
Included Components: 1 Anova Precision Cooker Nano