Cybershoes Gaming Station (Windows 10 PC Version) – use with your vr headset for walking or running in PC VR games. Includes CYBERCHAIR and CYBERCARPET. Experience THE POWER OF VIRTUAL REALITY GAMING 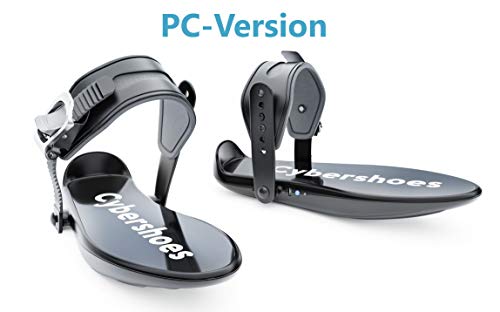 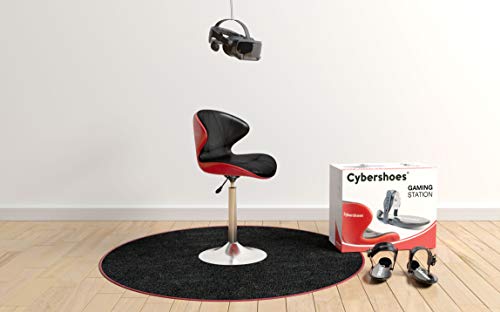 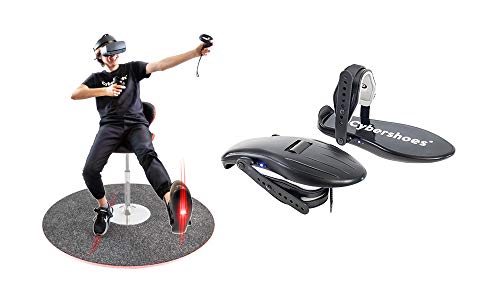 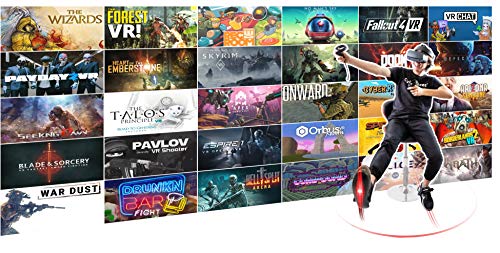 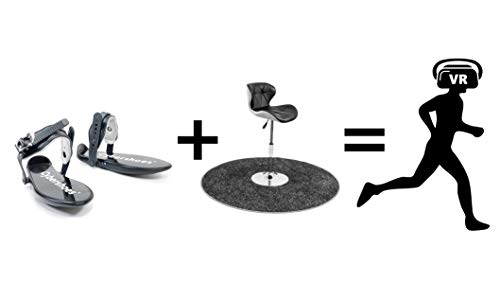 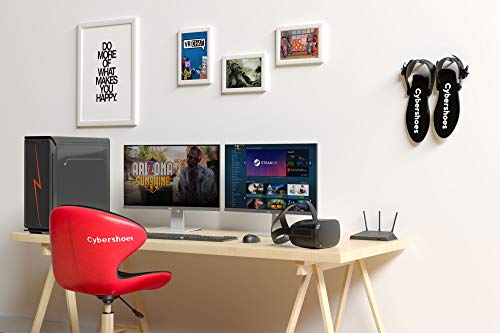 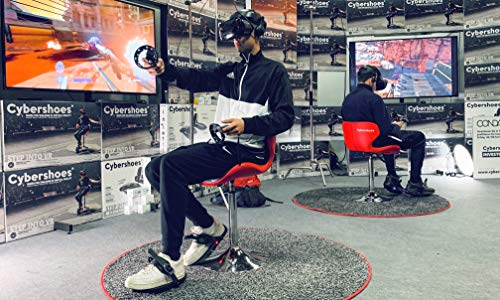 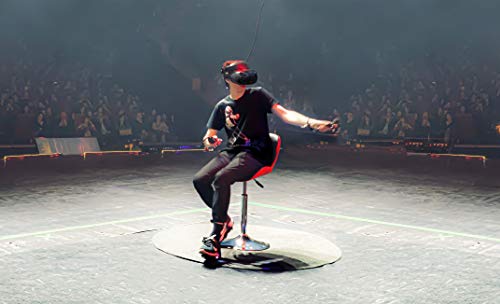 You can now step into your games like never before with Cybershoes, a VR accessory that allows you to literally walk and run through virtual reality. The Cybershoes are strapped directly onto your feet, and as you are seated in a Cyberchair, you’re ready to begin your VR adventure.

The Cybershoes are compatible with any VR game, and function with SteamVR, the HTC Vive, Oculus Rift, the Quest via Oculus Link, Virtual Desktop and Oculus store games, Windows Mixed Reality, and Pimax.

With the Cybershoes at your feet, all of your moments are controlled by your own physical movement, so you can walk alongside giants through snow-covered canyons, ramble through battlefields set alight with dragon fire, or charge into abandoned cities to eradicate the mutant hordes as if you were actually there.

Finally, you can step into the game. Meet Cybershoes

Your room is small but the world of VR is endless and you want to enjoy and explore it. Very often, moving with the joystick makes people sick.

You want to be in the game and become one with your game character but you are limited to the joystick and the couch. Our idea is simple: you need swivel chair, your Cybershoes and full immersion can start.

Do we share the same childhood dream to enter the television? Now you actually can! With Cybershoes on your feet, it is not about a third or first-person game experience. It is about getting in the boots of your favorite game character.

Cybershoes is a high-end locomotion solution for a home that lets you feel like being in an arcade.

Are you Ready Player One?

You can use Cybershoes with your these VR Headsets:

Activity Tracking: Users can now track their physical activity while using the Cybershoes and determine the distance of their virtual journeys.

Steam VR: Thanks to the new treadmill support software from Valve, Cybershoes now integrates optimally with SteamVR for a more immersive experience. Download software from Steam and step into VR.

More Uses Beyond Gaming — The Cybershoes benefits go beyond gaming as it can be employed in training and planning for industrial facilities, physical rehab programs for the elderly, and architecture and construction previews.

The calibration and linking to your VR rig is simple and getting ready to play is as easy as sitting in your 360 degrees Cyberchair and strapping on the Cybershoes to your feet.

While the users’ legs are moving and their head is bouncing in movement that resembles real walking, Cybershoes can significantly reduce motion sickness.

The seated position makes it impossible to pick up things from the ground. That’s why we came up with Z-scaling. Then you can actually reach the virtual ground and fully duck when needed.

Plus: the eye-height can be calibrated on the fly.

A low stress and impact experience allows you to exercise while you play.

PLATFORM: Steam VR. Free Download & install Cybershoes App from Steam Store. Fully integrated into 60 VR games. Wireless connectivity to Windows PC.
VR HEADSETS: All PC VR Headsets ( incl. Oculus and Quest) when operated with Steam VR and Win 10. See the full list: cybershoes . io / games
PLAY AREA: diameter of the rounded carpet is 60″ – depending on your height, the recommended free space for playing is 75″-90″. CABLE MANAGEMENT for your VR Headset: in the package is one cable retractor that can be used with an IKEA Skaftet lamp to run the cable from above. The VR Headsets cable should not be placed on the carpet.
IN THE BOX INCLUDED: 1 pair of Cybershoes (batteries included), 1 Cyberchair, 1 Cybercarpet (round), 1 Black Receiver, basic cable management, 1 AC Adapter, 3 USB cables. In case you need any assistance with the installation or if you have further questions, please send us an e-mail: support @ cybershoes.io

0 Get 35% OFF on Feeding and Nursing Products