Spillover: Animal Infections and the Next Human Pandemic 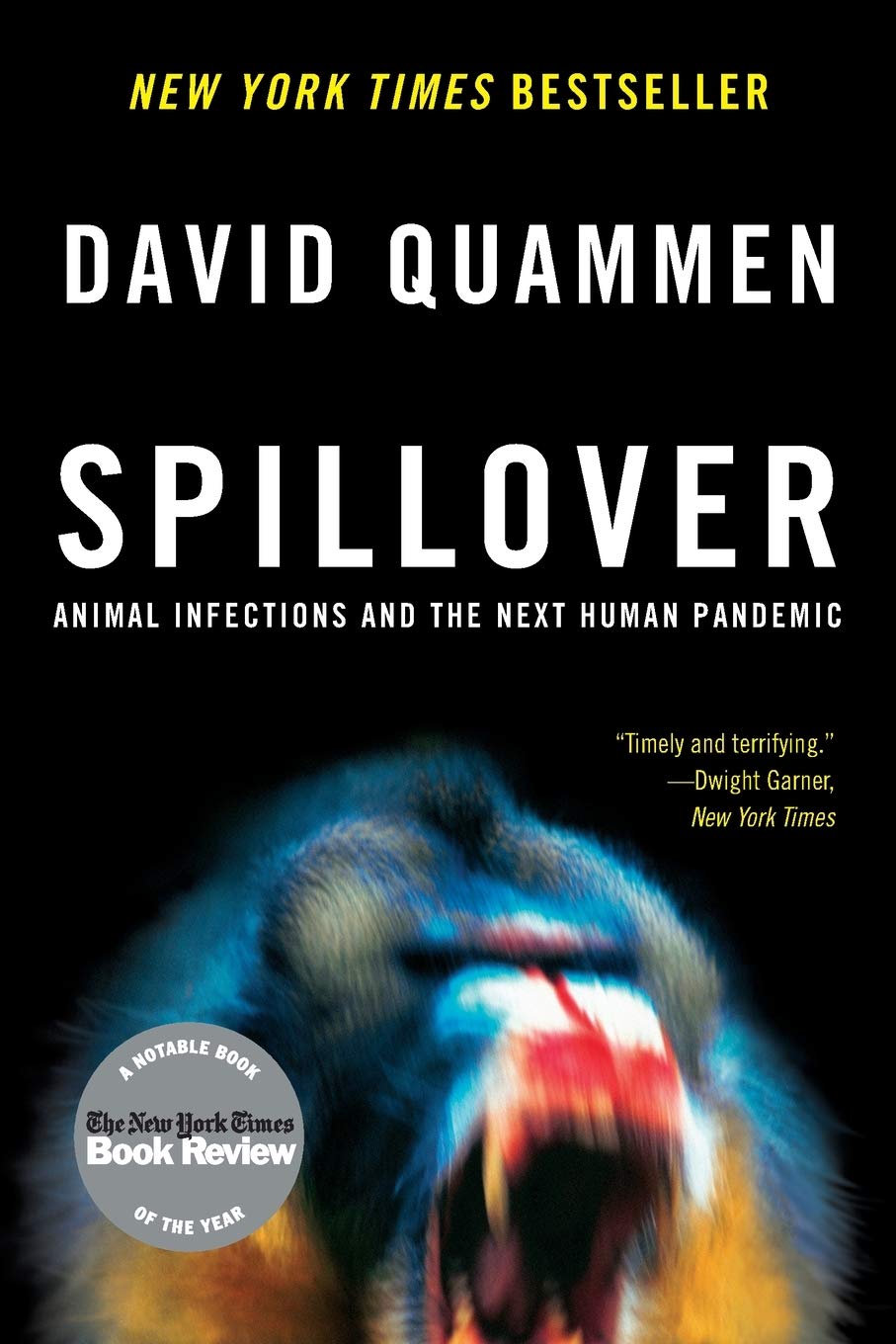 A masterpiece of science reporting that tracks the animal origins of emerging human diseases, Spillover is “fascinating and terrifying … a real-life thriller with an outcome that affects us all” (Elizabeth Kolbert, author of The Sixth Extinction).

In 2020, the novel coronavirus gripped the world in a global pandemic and led to the death of hundreds of thousands. The source of the previously unknown virus? Bats. This phenomenon―in which a new pathogen comes to humans from wildlife―is known as spillover, and it may not be long before it happens again.

Prior to the emergence of our latest health crisis, renowned science writer David Quammen was traveling the globe to better understand spillover’s devastating potential. For five years he followed scientists to a rooftop in Bangladesh, a forest in the Congo, a Chinese rat farm, and a suburban woodland in New York, and through high-biosecurity laboratories. He interviewed survivors and gathered stories of the dead. He found surprises in the latest research, alarm among public health officials, and deep concern in the eyes of researchers.

Spillover delivers the science, the history, the mystery, and the human anguish of disease outbreaks as gripping drama. And it asks questions more urgent now than ever before: From what innocent creature, in what remote landscape, will the Next Big One emerge? Are pandemics independent misfortunes, or linked? Are they merely happening to us, or are we somehow causing them? What can be done? Quammen traces the origins of Ebola, Marburg, SARS, avian influenza, Lyme disease, and other bizarre cases of spillover, including the grim, unexpected story of how AIDS began from a single Cameroonian chimpanzee. The result is more than a clarion work of reportage. It’s also the elegantly told tale of a quest, through time and landscape, for a new understanding of how our world works―and how we can survive within it.

Spillover: Animal Infections and the Next Human Pandemic
Buy this item
SaveSavedRemoved 0
Previous